A Toy Story for the Digital Age

Spare a thought for Santa this holiday season.

Between Toys “R” Us shuttering all its U.S. stores and tech-savvy toddlers playing with mobile devices, he might not be feeling too jolly about the future of toys. How can an Etch-a-Sketch possibly compete with an iPhone?

Right here in Toronto, we have a monster truck of a toy company who says it can be done.

Spin Master was founded in 1994 by three friends fresh out of university. They had early hits with the Earth Buddy and Devil Sticks; but it’s when they started investing heavily in R&D that their toy company took off. Today it’s one of the top five toy companies in the world, with sales exceeding $1.5 billion last year.

The global toy market is growing at 3–4 percent a year, mainly in Asia. In the U.S., parents spend an average of $350 on toys per child per year. And with R&D investment, toys can be every bit as innovative as our digital devices. Look no further than Spin Master’s Hatchimals — toys that peck their way out of egg when cuddled and rubbed.

I recently sat down with Spin Master Co-Founder and Co-CEO Ronnen Harary for our December session of RBCDisruptors.

Here are 6 lessons for innovators everywhere:

1. Build Your Own Empire

Spin Master created the cartoon phenomenon Paw Patrol by working backwards. About one-in-four toys is a licensed product, associated with a hit movie or show, but the bigger brands were always beating Spin Master for the rights. So instead of competing for rights to a franchise they didn’t own, Spin Master created an empire.

2. Use Tech As a Value-driver

A few years ago, the interactive technology to create a Hatchimal would have put its price point at $250 — way too high for the toy aisle. Today, you can buy one for about $80. Use technology to do things that haven’t been done before, at a price the market likes.

Toy inventors are hard to find — there are only a couple hundred worldwide. Those relationships need to be nurtured. The duo who developed Zoomer, a voice-activated dog that responds to its name, have continued to create new toys for the company. Unlike many toy companies, Spin Master encourages inventors to stay involved in the process, and to share in the glory — including onstage when Zoomer won the 2014 Innovative Toy of the Year. 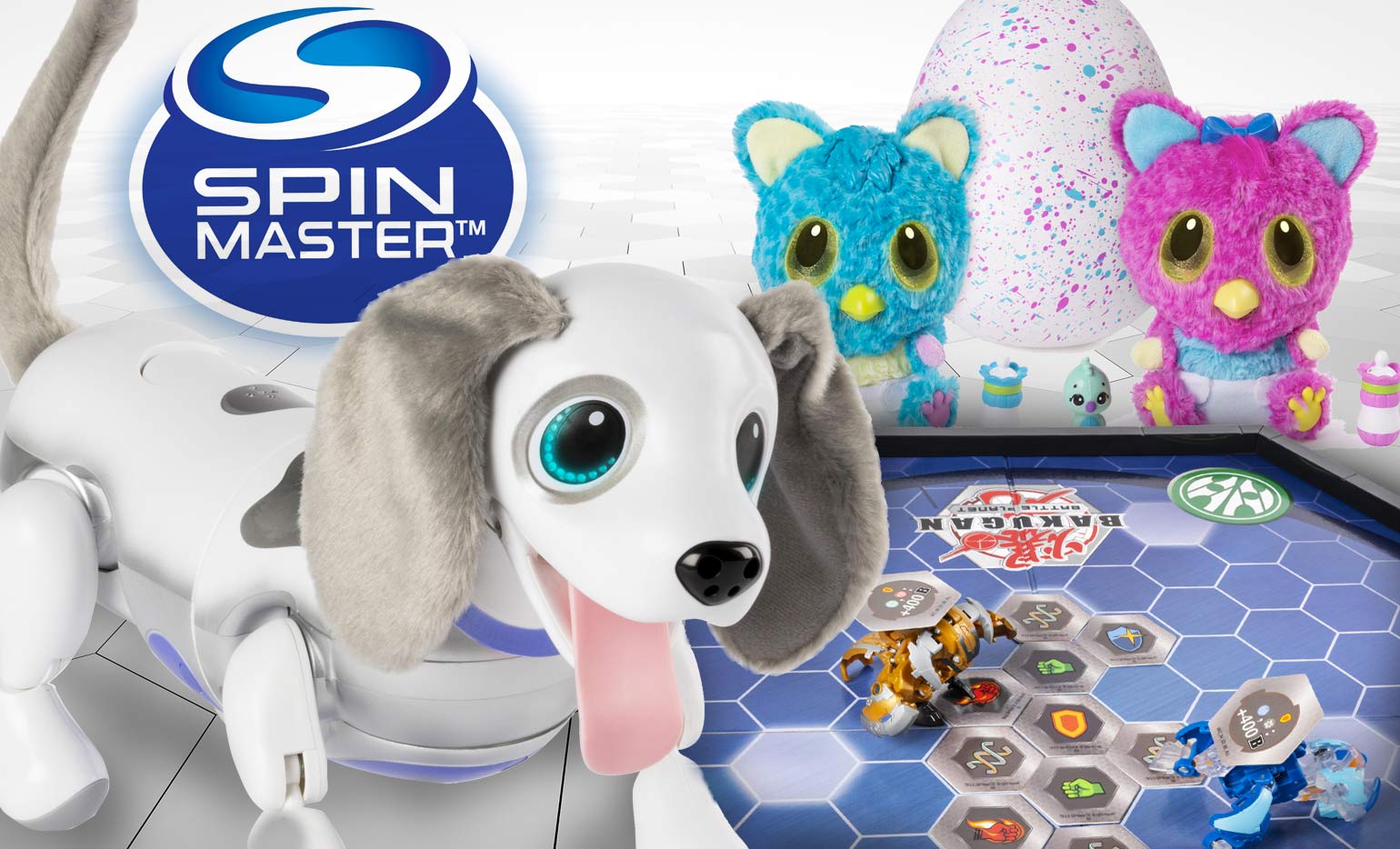 4. Stand Out From Your Competition

In the 1990s, Spin Master created “Key Charm Cuties” to compete head-to-head with Mattel’s Polly Pocket; but they couldn’t lure customers away from a trusted favourite without a significant point of difference. The lesson? Kids won’t settle for anything less than new and awesome.

5. Always Have Something in the Pipeline

Spin Master had a blockbuster hit with Bakugan, growing from a $450 million company to an $800 million company in just 21 months. But when interest in Bakugan dipped, it led to a major downturn for the company. Kids grow up, fads fade, and you always need to have your next great idea in the pipeline.

6. Don’t Obsess Over Your Failures