Corporations Backing Startups to Get Ahead of Disruption

Disruptive technologies are generally viewed as threats to incumbents, but a growing number of large companies are looking to incorporate disruption through collaboration.

Companies like Cisco, IBM and Johnson & Johnson are working with startups, as well as governments and universities, to develop new technologies. They’re doing this pioneering work at what are called innovation centres – physical locations where all the pieces come together.

“We believe the best way to address the innovation gap in Canada is for academia, industry and government to actually work together on common initiatives,” says Allen Lalonde, senior executive for innovation at IBM Canada Research and Development Centre.

On Sept. 21, IBM opened the Innovation Space startup hub in Toronto. The idea behind the hub is to help startups commercialize new technologies, find their customer and help them scale. A big part of that process involves bringing IBM and their network of collaborators together with small, nimble startups that have innovative ideas.

Lalonde says supporting innovators is not only the right thing to do, but there are also some advantages for IBM. Some of the startups at the Innovation Space are developing new applications for IBM technologies, like Guelph, Ont.’s LifeLearn Sofie, a virtual assistant for veterinarians built using IBM’s Watson cognitive computing platform. 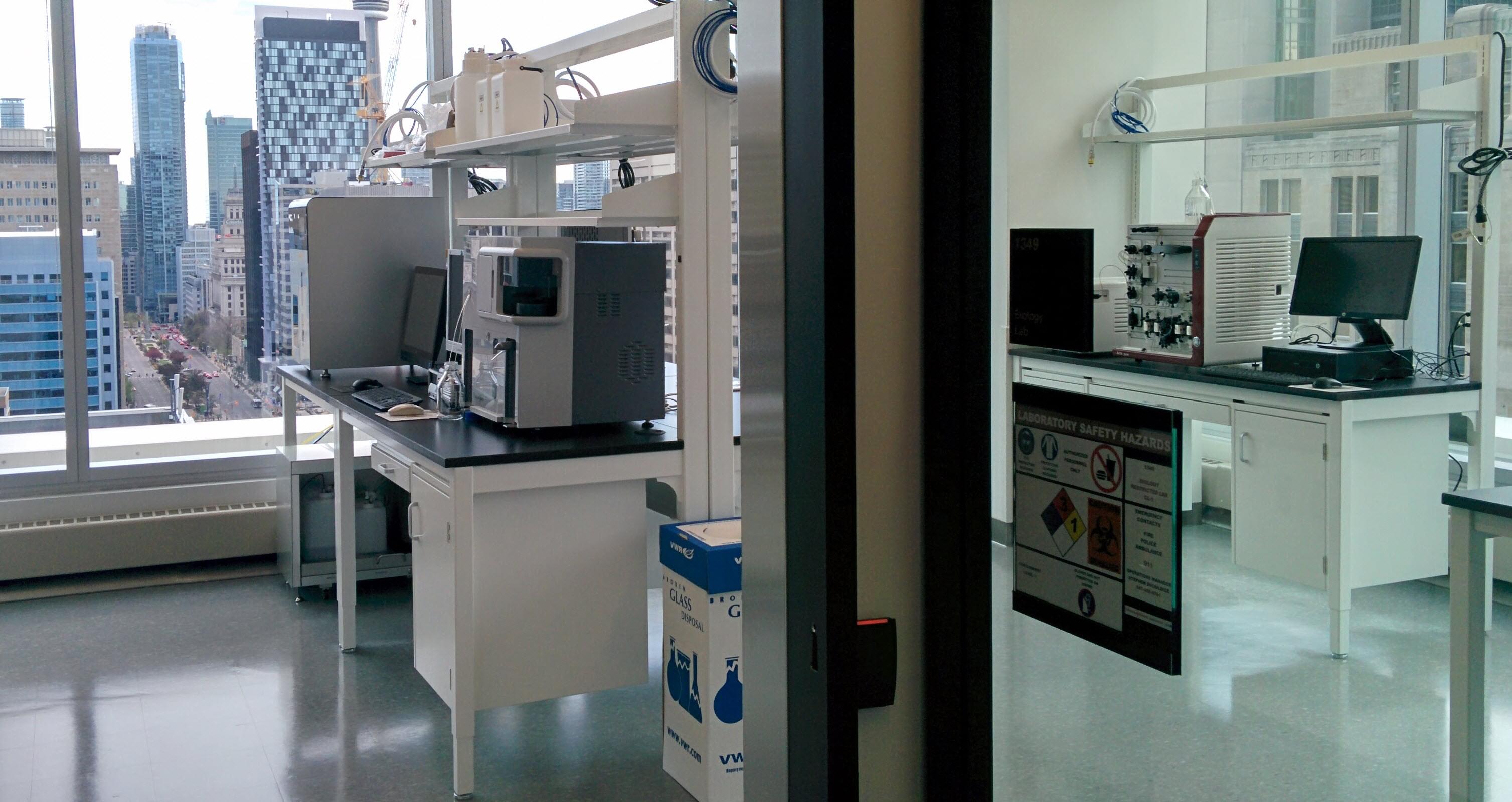 It’s not just computer-focused companies that are taking the innovation centre approach. In May, Johnson & Johnson opened the JLABS @ Toronto startup incubator.

The incubator, which focuses on startups that are developing pharmaceuticals, medical devices, as well as consumer health and digital health products, is the sixth JLABS and the first outside the United States. It gives startups access to funding networks and mentoring, as well as programming intended to help them commercialize their products. There’s also office and meeting space and, in keeping with the incubator’s healthcare focus, equipment like cell culture rooms.

“We provide everything that an early-stage startup company would need, so they can focus on what they do best, which is their technology,” says Rebecca Yu, the head of JLABS @ Toronto.

And, most importantly, those startups get to control that technology.

“J&J does not own any IP [intellectual property], we have no first rights, we don’t even look at any confidential information,” says Yu. “When companies come into the space, it’s absolutely no strings attached. We even invite our competitors to come in and meet with our companies.”

By removing restrictions, she says, entrepreneurs will be freer to innovate. Being open also fosters more collaboration – JLABS works closely with the University of Toronto, MaRS Innovation and the Government of Ontario.

“At the end of the day, it’s about great science. We want to make this space to be as open as possible and allow companies to have the ability to collaborate,” says Yu. By doing that, Toronto’s life sciences ecosystem will be stronger and that will ultimately lead to better results for Johnson & Johnson, she adds.

The innovation centre concept is relatively new, at least in Canada. In January, Cisco opened its Toronto Innovation Centre, the company’s ninth and the first one in North America.

“The reason why we built one was to create a new dynamic or a new relationship with our customers and our partners to solve their company’s biggest challenges much faster,” says Rick Huijbregts, Cisco’s innovation lead for Canada. “In a time that’s changing so rapidly, we need to much more quickly bring new and creative solutions to market and the only way to do that is if we envision those solutions and create those together with a much broader ecosystem.”

A big part of the program at Cisco’s Innovation Centre involves working with partners – like startups – to help Cisco’s customers solve real business problem. The program has had successes, bringing banks together with entrepreneurs to develop fintech products.

Huijbregts says supporting innovation is what the company has to do to stay competitive.

“We think this is the engine that is going to fuel our business and that of our customers,” he says.

The company is also working with academia, supporting research chairs and working with both colleges and universities on research projects. As part of its innovation strategy, it’s also launched a $150-million venture fund.

The goal is to make a lasting impact on Canadian industry and back that up with serious investment capacity, says Huijbregts.

“Only when we do this together can we be sustainable and get the biggest results for Canada.”

This article originally appeared in the Globe & Mail in October 2016.

Why Are There so Few Black Entrepreneurs in Canadian Tech?