This month marks the 10th anniversary of the global economic expansion.

But rather than raising a glass to celebrate, many are worried the party is almost over. Tariffs — or the threat of tariffs — are straining bilateral and multilateral political relationships and taking a toll on international trade. They’re also hitting business sentiment, especially in vulnerable sectors like Canadian manufacturing. But Canadian firms are far from alone in their malaise: the WTO’s most recent World Trade Outlook Indicator pointed to the worst outlook for global trade since 2010, when we were still shaking off the effects of the financial crisis. Businesses and investors remain wary about a prolonged U.S.-China trade war and uncertainty around Brexit.

The news isn’t all bad. Job markets in many countries, including Canada, are very healthy and inflation is well contained. Central banks are showing a willingness to the play the long game and stay on the sidelines until they have a better line of sight on how much damage this latest round of tariff turbulence causes. Their patience, however, might not satisfy markets who believe central bankers should be cutting interest rates now to stave off an economic downturn.

Amid the uncertainty, where does Canada sit? On balance, 2019 is likely to be one of subpar economic performance, with growth of around 1½%, reflecting a slow start to the year. But thanks to rising energy production and signs that the housing market has bottomed out, there’s enough momentum to suggest growth will pick up slightly next year. Nonetheless, disquiet on the global front is keeping the downside risks to the economic outlook alive and the Bank of Canada on the sidelines. 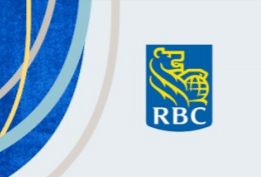 As Deputy Chief Economist, Dawn contributes to the macroeconomic and interest rate forecasts for Canada and the U.S. Before joining RBC, Dawn worked as a reporter for Bloomberg Financial News in Toronto covering the Canadian bond and currency markets. She also spent ten years as the Canadian bond market strategist for a major U.S. bank.