Fall Economic Statement 2022: Green but not quite lean

As expected, today’s Fall Economic Statement focused on new green growth initiatives with only limited affordability measures that could have complicated the Bank of Canada’s fight against inflation. The government has built some fiscal room with strong nominal GDP growth significantly reducing its key debt-to-GDP in the current fiscal year. But with nearly two thirds of positive economic and fiscal developments being recycled into new spending, not as much of the revenue surprise flowed through to its bottom line.

Excluding an $8.5 billion provision for “anticipated near-term pressures” (the new risk adjustment?) net new spending over the forecast horizon is nearly equal parts growth- and affordability-oriented, and the latter is fairly well-targeted toward lower-income households. But these measures add to an already-elevated spending track—at 15.7% of GDP, program spending in the current fiscal year is the highest in nearly three decades outside of the pandemic.

Rising public debt charges limit near-term improvement in the deficit profile, which is based on economic projections that now look optimistic (0.7% real GDP growth next year vs. RBC’s 0.2% forecast). A downside economic scenario (-0.9% growth next year) shows the government’s finances could quickly go sideways—literally, in terms of debt-to-GDP—and that doesn’t account for additional discretionary spending that would likely come with such as slowdown. While the government has preserved some fiscal firepower heading into what we expect will be a moderate recession in 2023, it might not have quite as much dry powder as hoped if it aims to stick to its fiscal anchor.

The FES at least focused much new spending on measures to encourage private investment. The previously-announced Canada Growth Fund, cleantech investment tax credit and other measures were outlined. Here the update sticks closely to messages Minister Freeland and other government members have delivered the last couple weeks – an intention to follow the U.S. administration’s playbook of big industrial policy to attract green economic opportunities and level the playing field with major green investment incentives provided in the U.S. through the Inflation Reduction Act (IRA). These measures delivered on some items top of our list – carbon contracts for differences from the Canada Growth Fund and cleantech ITCs that will encourage more investment in technologies like storage, hydrogen, and heat pumps.

While the FES followed IRA in a few key places, like the broad ITC, associated labour and apprenticeship requirements, and coming measures in Budget 2023 to encourage clean technology manufacturing, it did not in others. The ITC appears less tech-neutral than some key US credits – although the government said it will consult on including large scale nuclear and hydro and other technologies. Moreover, there are no production tax credits that some key sectors have been calling for, nor additional incentives for carbon capture. FES does not suggest these are off the table- indeed, the government’s response is framed as ongoing.

But the government will need to move quickly to make these available, especially setting parameters for the hydrogen ITC and given time needed to set up, staff, and source deals for the growth fund. It will also need to ensure that pursuing so many economic opportunities supporting global decarbonization do not distract from the pace of decarbonization needed in existing industries.

New revenue measures were limited to a 2% tax on share buybacks (the US Inflation Reduction Act featured a smaller 1% tax) that is expected to generate $2.1 billion in revenue over five years. International tax reform is still in the works while changes to the Alternative Minimum Tax will have to wait until Budget 2023.

The Canada Growth Fund gets top billing – we learn a little more about the $15 billion fund announced in Budget 2022, to be set up by the end of the year. The backgrounder confirms that its focus will be broad, including both decarbonization and technology development, but also scaling companies and bolstering supply chains. It will have a full suite of policy tools intended to address prevailing market risks and capital gaps to bring in private investment. One tool is carbon contracts for differences, which we have been calling for to help address the carbon price uncertainty that is stalling major projects.

Clean hydrogen will also get a refundable ITC, available as of Budget 2023 and phased out after 2030. The government will consult on how the credit should vary with lifecycle carbon intensity, with a commitment that the lowest intensity tier will receive an ITC of at least 40 per cent, if labour and other eligibility requirements are met.
The $1 billion new Innovation and Investment Agency was re-announced, seeming to focus on large-scale and multi-stage research funding, with details still forthcoming. The government also committed to unveiling measures in Budget 2023 to support Canadian clean technology manufacturing. 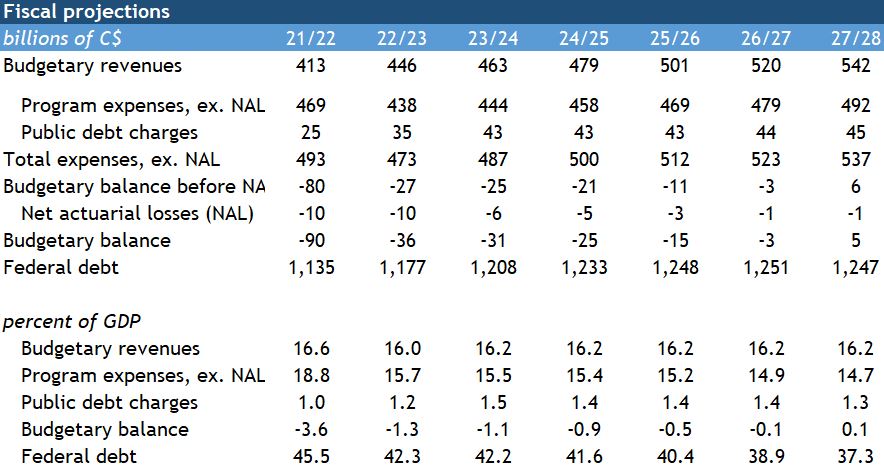 Cynthia Leach helps shape the narratives and research agenda around the RBC Economics and Thought Leadership team’s forward-looking economic and policy analysis. She joined the team in 2020.