From a Baby Boom to a Retirement Explosion

One of the biggest forces coming at Canada's economy was 65 years in the making — yet we're still not ready.

Every week, almost 5,000 baby boomers are retiring, according to Statistics Canada. It adds up to more than 250,000 retirements this year — akin to the entire population of Saskatoon exiting the workforce, and a jump of 52% from 20 years ago.

What was once a baby boom is today a retirement explosion. Over the next seven to eight years, the number of retirements will reach 285,000 annually. This mass exodus is going to transform our workplaces, with widespread implications for companies and public policy — especially when you consider how tight Canada’s labour market already is.

With smart new thinking, we can prevent Canada’s retirement crunch from becoming a crisis.

For businesses, the loss of the boomer cohort — highly knowledgeable workers with decades of experience — amps up the urgency of the 3Rs: recruiting, retaining and retraining workers. A new report from the Ontario Chamber of Commerce found an overwhelming majority of members (75%) consider their ability to recruit and retain talent to be the biggest driver of competitiveness, but 49% said they’re having trouble attracting and retaining staff who have the skills they’re seeking. To close this gap, we’ll have to find new ways to prepare recent graduates for the new economy, equip existing workers with even higher skills and change the way we evaluate job candidates.

There’s also a significant opportunity to reimagine our workplaces and retain the intergenerational talent that makes companies thrive. A recent poll found the majority of working baby boomers would opt for semi-retirement if their employers offered it. Workplaces are already appealing to younger employees with flexible hours and work-from-home policies. A similar approach around semi-retirement could keep retain older workers, and the institutional knowledge they provide.

Every organization and sector is seeing an increase in retirements, but the trend is hitting some sectors harder than others. It’s highest where the workforce tends to be older, including office management and administration roles, mail delivery and courier services, and principals and administrators at elementary and secondary schools.

We know from our RBC research, Humans Wanted, on the future of jobs and skills that some of these positions are at a higher risk of automation than others. Technology is likely to take over some of the duties currently performed by administrative assistants and mail carriers, for example. We’ll have to focus our energy on replacing retirees who work in areas like management and education, which are harder to automate and more likely to face shortages. 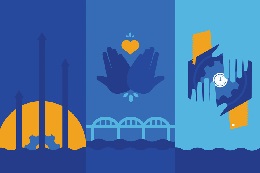 For Canada as a whole, the challenge is to become more competitive even as we lose these established workers. Immigration is helping to grow our talent pool. We welcomed more than 300,000 new immigrants last year, about 60% of whom are skilled workers. The immigration minister has described this as “the new normal.” Yet it still doesn’t cover the annual retirement rate, so we’re going to have to get more creative.

Bank of Canada Governor Stephen Poloz estimates some 500,000 underrepresented Canadians could be drawn into the workforce under the right conditions — including women, youth, Indigenous people and people with disabilities. This is a longer-term goal, but Quebec offers one lesson: the province’s subsidized daycare program has been linked to the steadily growing number of women joining the workforce. This boost in Quebec is happening at the same time that women’s participation in the workforce in Ontario, where daycare is more expensive, has declined slightly. For policy makers, it won’t be easy to earmark public funds for child care as the costs of caring for the aging baby boomer generation mount.

But by Poloz’s calculations, the payoff of drawing half a million underrepresented Canadians into the workforce is a potential windfall — increasing output by 1.5% or $30 billion per year.