Canada is in the midst of a steep housing correction. And though this cycle has yet to fully play out, it’s unlikely to morph into the type of prolonged spiral observed in the U.S. during the 2008 financial crisis. One of the main reasons: demographic demand for housing in Canada is strong—and it’s getting even stronger.

But another critical factor is the often overlooked, longstanding impact of demographic change, including households that have been getting smaller for decades. Even a relatively small decline in average household size has a big impact on the number of new housing units required to shelter Canadians. For example, over the five years leading up to 2021, the average household size declined by 0.02 people. That was enough to raise the total number of households by 140,000 (or close to 30,000 a year). This trend will be responsible for just under 90,000 of the 730,000 new households created by 2024—and will provide a significant boost in housing demand. 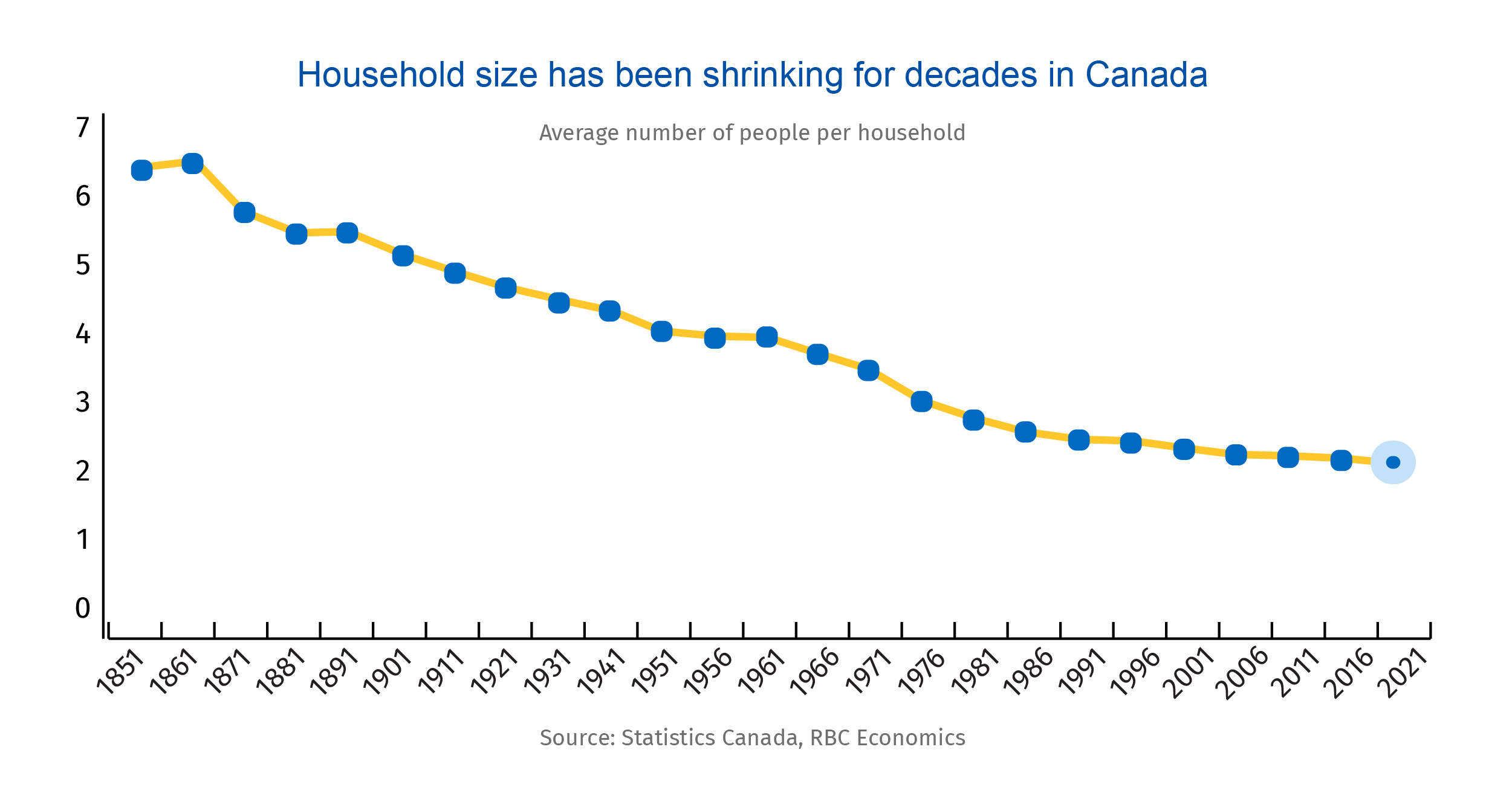 Why Canada’s households are getting smaller

What’s behind this squeeze in household size?

But since 2016, one-person households have become the most common, with nearly 30% of Canadians now living alone. Though much of this is explained by population aging, a growing share of young Canadians are also opting to live alone—and are starting their families later. The share of young adults aged 25 to 34 living as a couple fell to 43% in 2021 from 48% in 2011. And the mean age of mothers at the time of childbirth has increased by three and a half years since the early 90s.

Canadians who become parents later typically have fewer children, further perpetuating the trend of shrinking families. At the same time, as average male life expectancy increases, elderly Canadian couples are living together longer—though we will continue to see a rise in the number of widowed seniors living alone. As Canadian Baby Boomers age and live longer than prior generations, many will stay in their homes for longer. 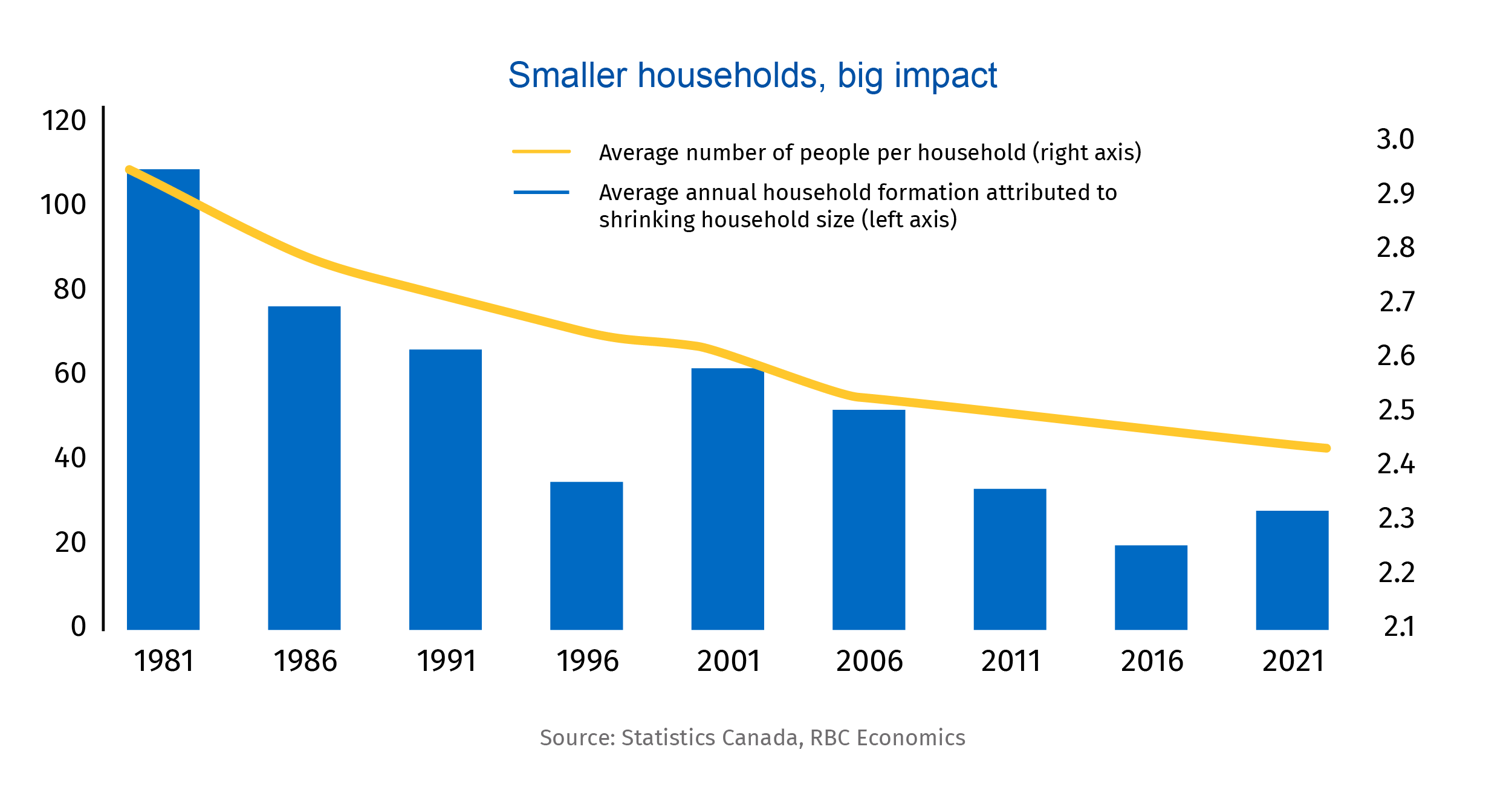 Immigration and shrinking households will contain a housing spiral

These trends are gaining momentum. Young Canadians are staying in school longer, starting their careers later, and face greater housing affordability challenges than previous generations—all of which delays starting a family. And though immigration is rising—and newcomers are more likely to live in multigenerational homes—this hasn’t fully offset the broader shrinking of households. Over the last decade, the number of multigenerational homes has risen by close to 80,000 dwellings. But that’s only around 5% of new households. Meantime, the number of one-person households accounted for 44% of household formation (700,000 dwellings) over the same time period.

Due to immigration, Canada’s population is growing much faster than other countries—over twice the pace of the OECD average over the past decade. This surge, combined with shrinking household sizes, will strengthen demand for housing (whether owned or rented) and act as a powerful counter to sliding sales and prices—eventually putting a floor under the correction.