Startups are repeatedly told that, to be successful, they need to find a niche and solve a problem. The same could be said for incubators and accelerators that connect startups with investors to help build and scale companies. Canada has an increasing number of these specialty centres, serving industries ranging from clean tech to mining and high-end manufacturing.

This national, not-for-profit organization was founded in 2006 by two large mining companies in Ontario: Inco (now part of Vale) and Xstrata (now part of Glencore). Each put in $5-million and the Ontario government put in $10-million.

While there was a lot of mining research happening at various universities across Canada, the founders felt it was too academic and didn’t help companies make much-needed productivity and performance improvements.

“Our objective is to make the sure the results are the kinds of results you can use,” says Douglas Morrison, president and CEO of CEMI.

CEMI’s focus is on four technical areas of the mining industry: exploration, deep mines, productivity and environmental issues. Some of its projects to date have helped to speed up exploration, improve mine ventilation and provide better underground communication.

“Our job is to get really good ideas into the market,” says Morrison. “If mining companies can’t buy it, then it doesn’t get adopted into the industry and nothing changes.”

OneEleven was launched in 2013 as a way to help build billion-dollar Canadian software technology companies and keep them in Canada.

The Toronto-based tech accelerator’s focus is post-seed companies, which Khan describes as those startups which have raised between $1-million to $5-million. “[They] have a product in place, a team developed, they’re commercializing their technology and are showing really strong momentum in their early days,” he says.

Khan describes OneEleven as an environment where corporate players, investors and founders can come together. So far it’s working well. OneEleven is behind such successful startups as automated investment service Wealthsimple and Tulip Retail, which offers a mobile platform used internally by retailers to run their operations.

“We think all of the ingredients are there,” Khan says of the Canadian software tech startup ecosystem. “We just need to concentrate and cluster the activity to physically support that.” 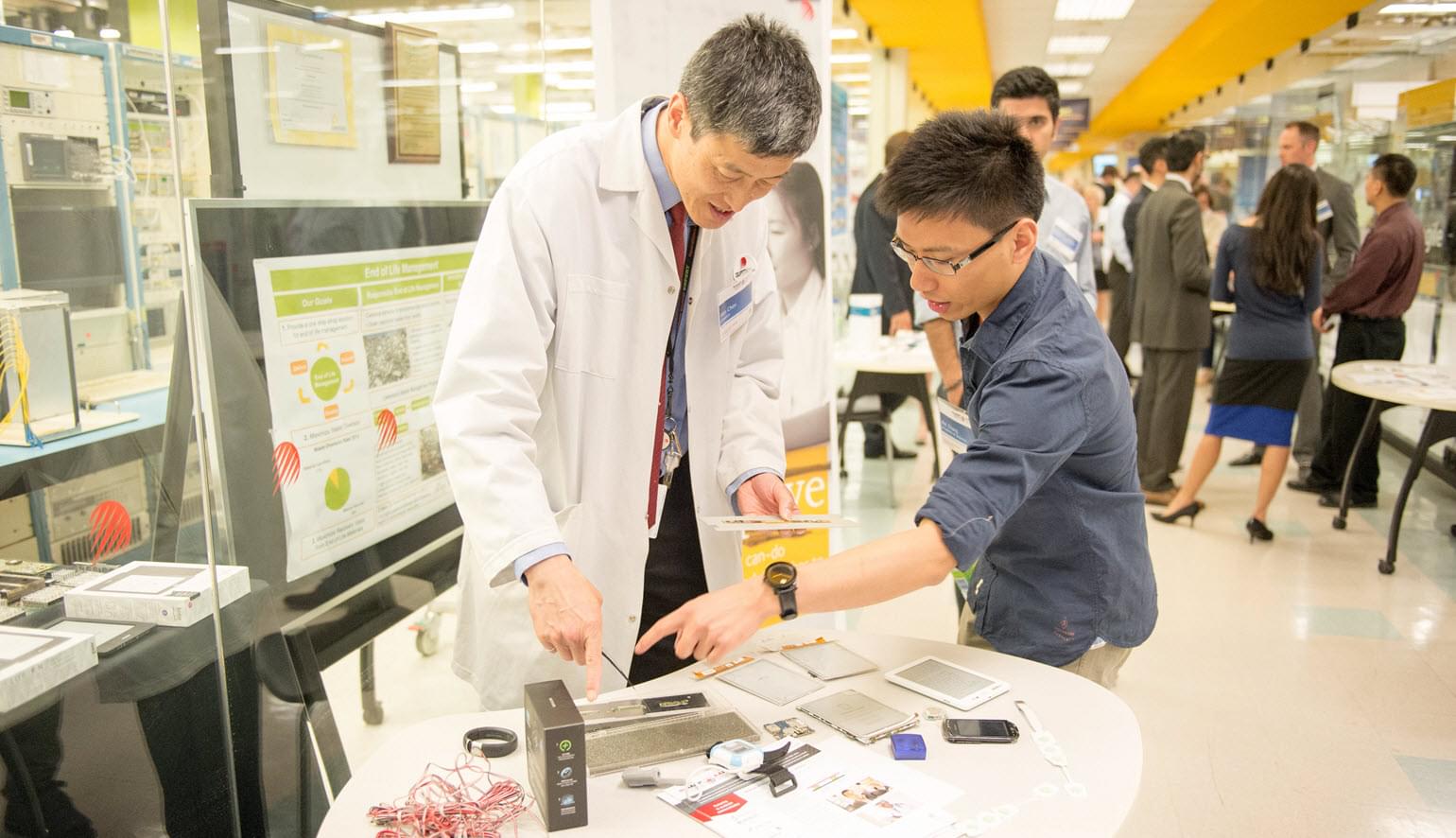 While manufacturing is still a cornerstone of the Canadian economy, the industry has faced challenges in recent years, from the fluctuating Canadian dollar to competition from other countries. The Refined Manufacturing Acceleration Process Network (ReMAP) is a government and industry-funded, non-profit alliance of companies committed to advancing high-technology manufacturing in Canada.

Launched as a trial program in 2009 and made permanent in 2013, ReMAP is led by businesses, including Toronto-based electronics manufacturing services company Celestica Inc. and a handful of small, medium and large organizations.

The consortium has backed more than a dozen projects in sectors such as aerospace, health care and renewable energy. One example is Toronto-based 7D Surgical, which developed a technology providing 3D imaging for doctors doing spinal fusion surgeries.

Executive director Irene Sterian says ReMAP’s mission is to speed up commercialization of startups in the industry, create jobs and increase exports.

“The secret sauce of accelerating innovation in Canada is to get players together who may not have collaborated,” she says. This, in turn, can help startups push through the often-difficult commercialization phase of their business.

“Usually early-on entrepreneurs who start a company don’t realize the effort required. I don’t want them to be discouraged or [give up on] their ideas, but to instead, help them financially and to find the right players they can collaborate with,” says Sterian.

China and other Asian countries are hungry for clean-tech solutions – everything from solar power to wastewater treatment systems – to help reduce a growing pollution problem.

The China Canada Clean-tech Innovation Centre (CCCIC) was created last year in Vancouver with a goal of fostering development of clean-tech start-ups in B.C. and giving them access to the huge Asian market.

“There is a large market for clean tech in China and it is our intent to foster, seed and help commercialize some of the most innovative technologies coming out of Vancouver,” said Hanguang Wang, chairman of the Hanhai Zhiye Group, when announcing the CCCIC last year.

CCCIC is a partnership with the Vancouver Economic Centre and the Hanhai Zhiye Group, a high-tech investment management company based in China.

In addition to the CCCIC, Hanhai and B.C.’s Simon Fraser University officially launched the China-Canada Commercialization and Acceleration Network (C2-CAN) in the summer of 2016. The C2-CAN program connects Canadian technology innovators and early-stage entrepreneurs with resources needed to grow in both Canada and China, as well as exposure to bigger markets.

In response to a concern that too many startups were getting to a certain size and then selling out, Wavefront was formed in 2007 as a partnership between the B.C. government and the local wireless industry.

“What happens is, you get churn, but you don’t get any real sustained economic growth that starts to create an ecosystem,” says Wavefront founding president and CEO James Maynard.

The Vancouver-based accelerator was challenged to help wireless companies grow and stay in Canada. Maynard said some of the issues at the time were access to funding and costly technologies, training employees in a rapidly changing sector and gaining traction in the narrow Canadian market. To address those challenges, Wavefront connects startups to investors and other resources to help them commercialize.

Maynard says the focus is paying off, and keeping entrepreneurs at home in Canada. “We’re only now starting to see a whole generation of companies with five or six years under their belt.”

It’s been gratifying to see this new wave of companies catching traction and “really starting to take off,” he adds.

“For the first time, I think, they actually see the potential and the possibility that there are enough resources, marketing and funding here that they can do it without having to leave and go to another country.”

This article originally appeared in the Globe & Mail in October 2016.

Why Are There so Few Black Entrepreneurs in Canadian Tech?