Housing Affordability Worsens, with No Break in Sight in 2019

Even with the temperature dialed down in Canada's hottest housing markets, it keeps on getting less affordable to own a home.

In RBC’s latest quarterly housing affordability report, the affordability measure is now at its worst level in Canada since 1990. Rising interest rates are the main culprit. And with two more rate hikes expected in 2019, the price of owning a home will continue to escalate.

This year’s mortgage stress test — which required would-be buyers to qualify at a significantly higher interest rate than their offered rate — also contributed to the decline in affordability. In every market across Canada, buyers now need thousands of dollars more in income to buy a home with a mortgage.

Despite this, in Canada’s smaller cities — including Winnipeg, Quebec City and Saint John — owning a home is still largely affordable for the average family.

In Vancouver, Toronto and Victoria — Canada’s three most expensive markets —it took between two and three times the median household income to qualify to purchase an average home. In Vancouver, the income necessary to cover ownership costs and clear the mortgage stress test was $211,000 in the third quarter of 2018. The qualifying income was $167,000 in Toronto.

In Montreal and Ottawa — among the stronger markets in Canada over the last year — solid price gains are amplifying the effect of higher interest rates on ownership costs.

The loss of affordability of the average-priced home has prompted many buyers to focus instead on lower-priced housing options, such as condos. But this has been somewhat of a Catch-22 because this strong demand resulted in higher condo prices, leading to some erosion of condo affordability. 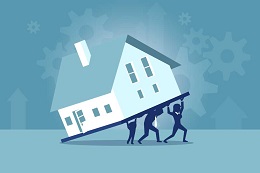 As Senior Vice-President, Office of the CEO, John advises the executive leadership on emerging trends in Canada’s economy, providing insights grounded in his travels across the country and around the world. His work focuses on technological change and innovation, examining how to successfully navigate the new economy so more people can thrive in the age of disruption. Prior to joining RBC, John spent nearly 25 years at the Globe and Mail, where he served as editor-in-chief, editor of Report on Business, and a foreign correspondent in New Delhi, India. He is the author of three books and has a fourth underway.

Day Four at Davos: Harari, Merkel and the Divisions of History