Proof Point: Canada’s provinces are basking in revenue, but how long will it last?

In the case of Alberta, revenues from non-renewable resources jumped nearly 500% from a budget estimate of $2.9 billion. This boom in proceeds is behind a dramatic reversal of fortunes for the province. After posting Canada’s largest provincial deficit in 2020-21 ($17 billion) and projecting another massive $18 billion shortfall in the 2021 budget, Alberta swung to the largest provincial surplus last fiscal year (nearly $4 billion) and recorded the largest jump in revenue (+58.4%).

Elsewhere in Canada, strong recoveries in business activity and labour markets led to much higher than expected corporate income tax and personal income tax revenues. Rising wages and salaries also likely contributed to some degree of tax bracket creep. This is particularly the case in Ontario, Alberta, and B.C., where year-over-year growth in wages and salaries were highest in the country. As solid consumer spending and rising inflation fueled sales tax revenues, most provinces saw revenue growth outpace increases in expenditures by a factor of two to one. 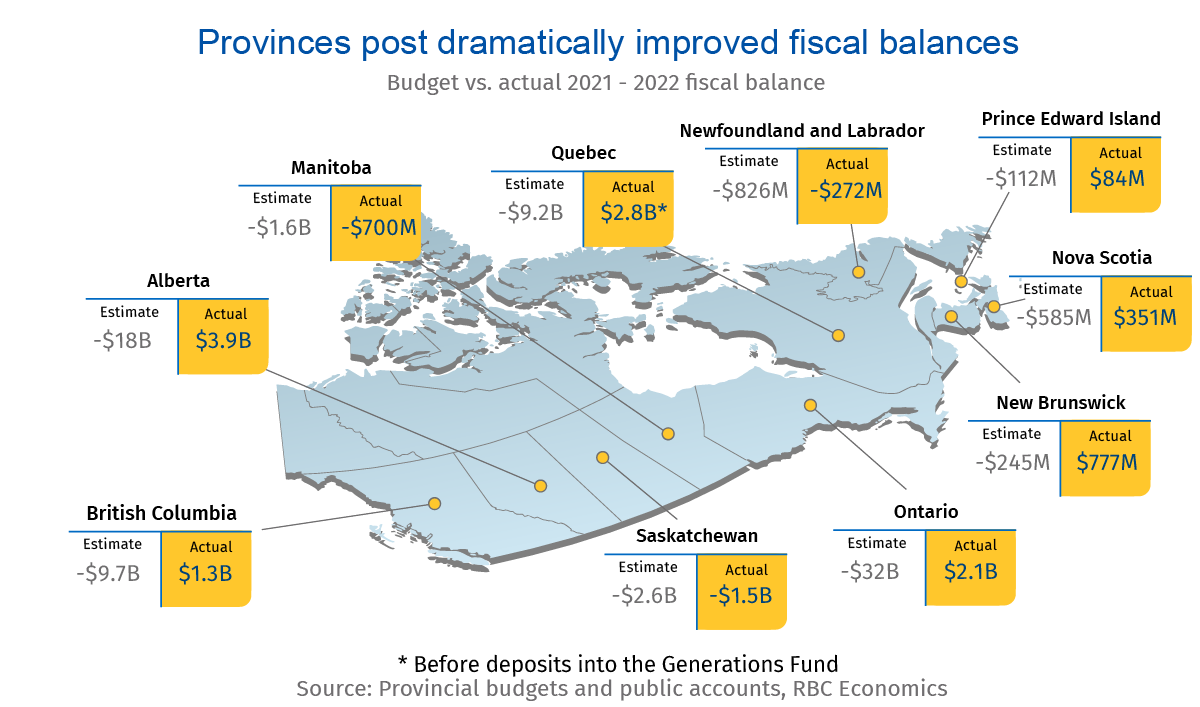 But surpluses will narrow as inflation bloats expenditures

While inflation has evidently boosted government revenues, its effects have yet to be fully felt on the expenditure side of the ledger. With few items immune to cost pressures in the current economic environment, these effects are expected to be significant. Higher costs of living are poised to drive up public employee salaries which, in many provinces, represent over 30% of provincial expenditures. This could represent billions of dollars in additional spending. Other operating costs—for example goods and services bought by governments to provide services to Canadians—will also rise. And the Bank of Canada’s ongoing interest rate hikes to tame inflation will put upward pressure on debt charges.

Other spending pressures will emerge as Canada’s economy softens. For instance, given government transfers typically rise during times of economic turmoil, we’re likely to see this share of expenses increase during the upcoming recession.

The surprise provincial revenue gains that confounded early expectations will largely be sustained. But these new headwinds are gaining force. 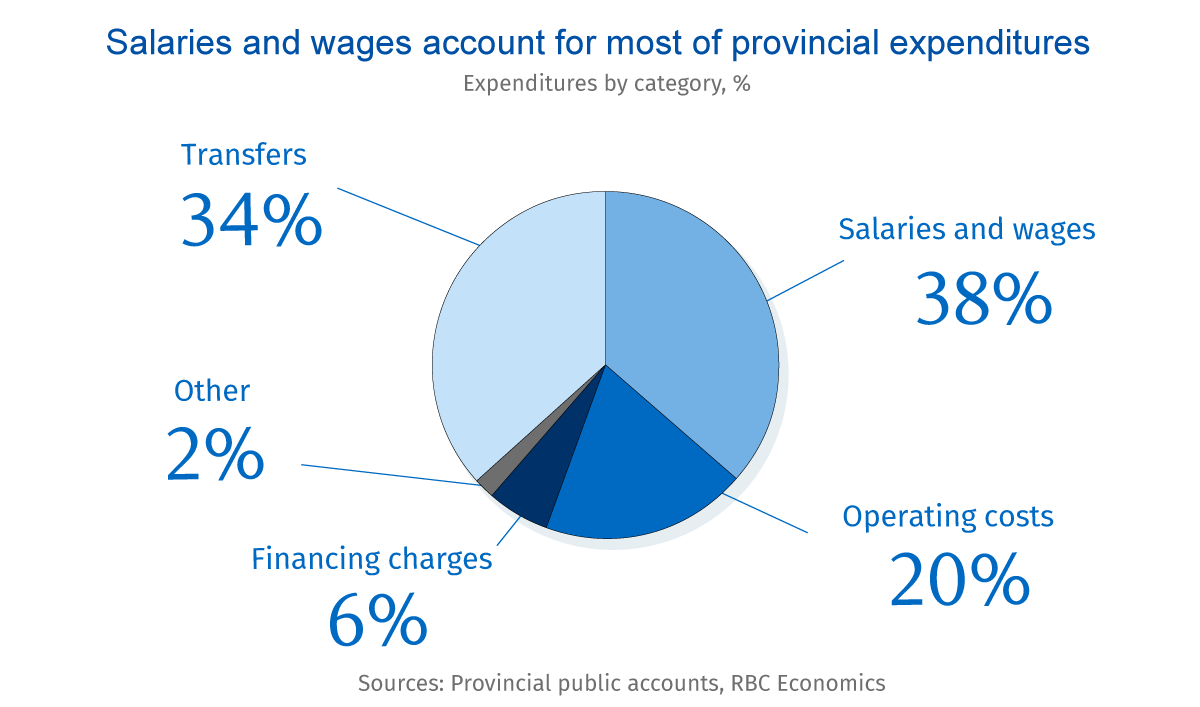 The looming economic downturn, high inflation, and stiffer financing costs will soon tip the scale of provincial fiscal balances. As the Bank of Canada works to cool our economy, provincial governments will quickly be confronted with less favourable revenues and higher expenditures.

In this environment, prudent and deliberate fiscal policy will be key to tracking sustainable fiscal paths. Governments are particularly sensitive to rising interest rates in Newfoundland and Labrador, Ontario and Quebec, which have held the highest levels of debt-to-GDP since 2019. Though Ontario’s debt-to-GDP load (39.2%) and Quebec’s (38%) have improved since last year, Newfoundland’s is still the highest in the country at 43.8%. Judicious spending will be especially important in these provinces. 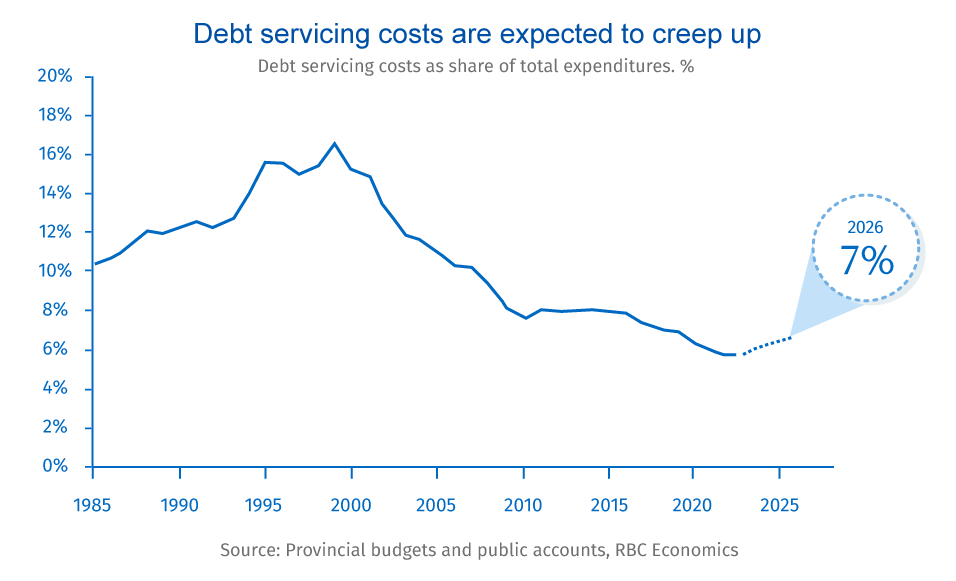 Rachel Battaglia is an economist at RBC. She is a member of the macro and regional analysis group, providing analysis for the provincial macroeconomic outlook.