When it comes to attracting immigrants, Canada is a success story.

In August, the OECD called our labour migration system comprehensive and responsive—a global model for immigration management. That reputation hasn’t only reached other governments. In a recent Gallup poll, 6% of potential immigrants named Canada as their top desired destination, more than Germany, France, and Australia, and second only to the U.S. Pretty good for a country of 37 million with a long winter.

While Canada is drawing in some of the best and brightest, especially due to an increased focus on highly skilled, educated immigrants, our success in integrating those newcomers into the labour force falls short, at least on one key measure: earnings. Even as the balance of immigrants has shifted towards those with more skills and education, immigrants aren’t being fully rewarded by the labour market for the attributes that got them accepted in the first place. They earn around 10% less on average than Canadian-born peers.

Immigrants earn around 10% less on average than Canadian-born peers.

The immigrant wage gap is broad-based. And it’s persistent: it has widened over three decades. That’s a red flag for a country that already has the highest proportion of immigrants to total population in the G7. Immigrants make up 22% of Canada’s population now, a number that’s expected to rise to 28% by 2036.

The immigrant wage gap is costly. Our research suggests bringing immigrants up to the wage levels and employment of those born in Canada would produce substantial economic benefits—maybe as much as 2.5% in annual GDP, about $50 billion. 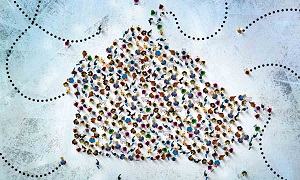 The 10-Minute Take: Is Canada Poised for a Cashless Future?