The Fruits of Her Labour

Canadian Women Are Reaping the Rewards of Their Labour-market Gains

The theme of this year’s International Women’s Day (IWD), #EachforEqual, calls on each of us to do our part to create a more gender-equal world. Canada can point to a dramatic increase in women’s participation in the labour market over the past four decades as creating the conditions in which economic equality is finally in sight. Women are a force in the labour market like never before, giving them a new financial independence that’s serving them well during their earning years and into retirement. A recent RBC/IPSOS survey said 70% of women over the age of 45 are looking forward to a comfortable retirement.

In our previous IWD reports, we focused on the gaps that women face, in terms of pay or because they take a hit to earnings when they have a baby. While these gaps persist, this year we’ve chosen to highlight the financial gains Canadian women have made.

Closing in on half of the income pie

Two important factors behind women’s increased share of total income are an increase in their labour-force participation rate, and the move from jobs to careers.

Since 1976, the participation rate of prime-age women (age 25-54) has increased from 51% to 83%. For older women (age 55+), the increase has been even more dramatic, nearly doubling from 17% to 32%. While women continue to face higher career costs for having children, their stronger and longer attachment to the workforce (relative to the 1970s) has helped even out their share of the income pie over time. This has happened in spite of the persistence of a wage gap that sees them earn just 88 cents for each dollar a man earns. In 1976, women’s earnings accounted for 25% of the total income earned in the economy. Today, it’s 42%, underscoring the massive rebalancing of earnings of men and women. The extra share of total income amounts to $240 billion more for Canadian women, each year.

From jobs to careers

Women aren’t only holding down more jobs; they’re occupying different jobs, largely because of education. In 1991, 15% of women had a university certificate, diploma or degree. It’s now 35%. Over the same period, men only increased their educational attainment from 19% to 30%. Relative to 30 years ago, women are also much more likely to be managers or in professional occupations that usually require a university degree such as physicians, secondary school teachers, or lawyers.
The shift to careers—higher-earning positions with longer tenures—has paid significant financial dividends.

Part of these gains reflect women accumulating their own workplace pensions—savings pools that were less available to them when they were either in short-term low-paying jobs, or not working outside of the home. Increased access and improved maternity leave benefits, which in 2000 effectively increased total leave benefits from six months to one year, have helped link Canadian women more permanently to long-term employment relationships.

Now, with women employed in record numbers in the social services, healthcare, and education—professions that tend to also come with retirement plans—they’re building their own nest eggs. Two-thirds of women said they, and not their spouse or partner, were primarily responsible for their own retirement savings, according to the RBC Insurance/IPSOS poll. Nearly 60% said they had a defined benefit pension or matching program at work.

Women are also increasingly responsible for paying rent, mortgages, taxes, and electricity bills within the household. In 1981, the share of women aged 25-64 identifying as the primary household maintainer was 9.3%. Today, nearly 25% of women identify that way.

Finally, women are sharing their newfound wealth. The percentage of charitable donors that are women has grown from 42% to 48% over the past 20 years.

A lifetime in the labour force has allowed women to tap into programs that are strongly tied to past employment. In 1976, women’s income from CPP/QPP came to half of what men earned from those retirement plans. Today, their share of CPP/QPP earnings is almost the equal to men’s. When we include all retirement income (both private and public), women went from earning 40% of what men did to 80% today.

Their improved financial security couldn’t have come at a better time. The proportion of women aged 65 and over has increased rapidly since the 1970s, doubling from under 5% of the population in 1971 to nearly 10% today.

By 2030, one in eight people in Canada will be a woman over the age of 65. Thanks to their workplace gains, women are now more than ever in a position to enjoy the fruits of their labour. 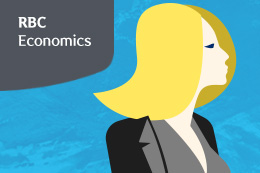 Why Women Are Ready for Work in the Automated Future

How Women Will Thrive in a More Automated Future